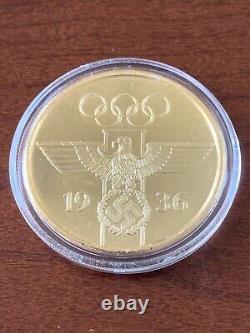 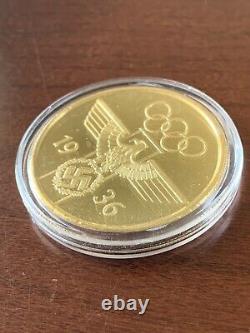 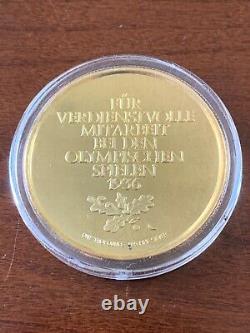 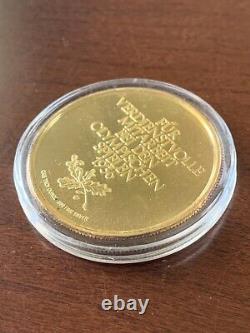 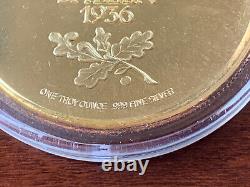 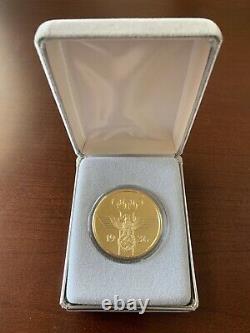 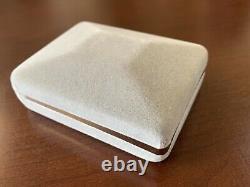 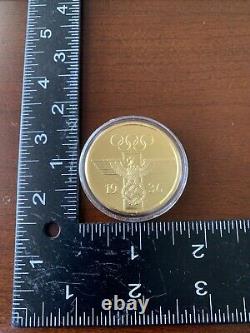 Photos shown in both outdoor and indoor light. 999 Silver proof souvenir coin commemorating recognition of "MERITORIOUS WORK AT THE OLYMPIC GAMES IN 1936" in Berlin, Germany. The original award was a civil decoration of Nazi Germany; only 3,364 were made.

It was not intended for participants in the Olympic Games, but rather in recognition of those who had orchestrated behind the scenes preparations and work for the events. Several members of the SS, including Heinrich Himmler, Reinhard Heydrich, and Karl Wolff were awarded the Olympic Games decoration for providing security at the event. After WWII and the defeat of Nazi germany, this decoration was banned in 1945. Obverse: German Eagle, Swastika, Olympic Rings, 1936. Reverse: Fur Verdienstvolle Mitarbeit Bei Den Olympischen Spielen 1936 (English Translation: For Meritorious Work at the Olympic Games 1936).