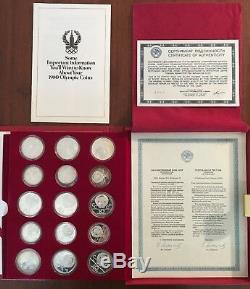 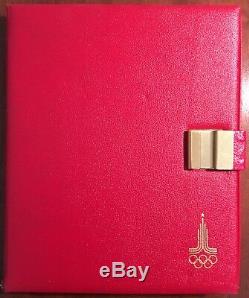 These sets were issued by the Soviet Union to commemorate the 1980 Summer Olympics held in Moscow. All 28 coins come in capsules in the original case of issue. Contains a total of 20.244 oz actual Silver weight.

Housed in the original case of issue. Obverse: Soviet National Arms and the value.

Reverse: Different Olympic events surrounded by the motto, with the date below. Struck at the Moscow and Leningrad Mints. This is the complete set of the Silver Proof Olympic coins issued by the Soviet Union.