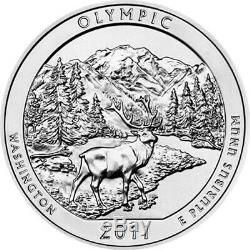 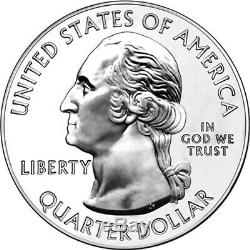 Olympic ATB Bullion is the eighth edition in the coin program, offering silver collectors another option for bullion pieces that are guaranteed by the government. Olympic National Park is located in Washington, on the Olympic Peninsula and was designated a park by Theodore Roosevelt.

This silver coin's obverse is of the beloved George Washington and also shows the weight and fineness of the coin. The reverse's design is of a magnificent Roosevelt Elk, standing in the river, and gazing at Mount Olympus. This intricately designed silver coin comes in a sealed capsule or for multiples of 10, they come in government issued tubes. These America the Beautiful coins are definitely worth the investment for years to come.

The seller is "goldeneaglecoins" and is located in Laurel, Maryland. This item can be shipped to United States.