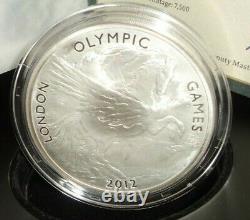 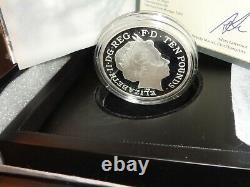 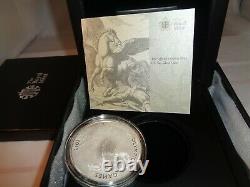 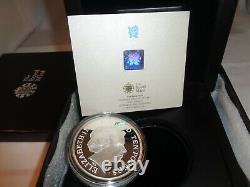 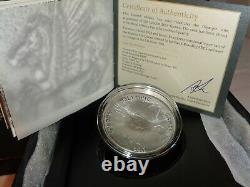 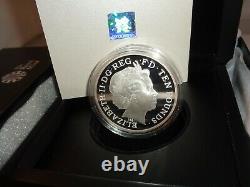 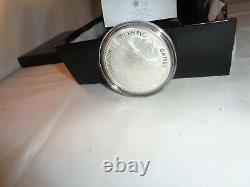 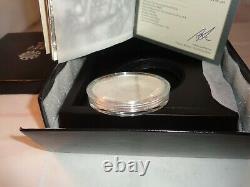 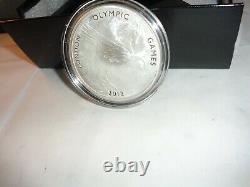 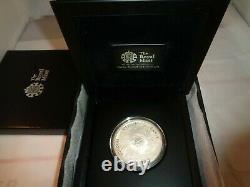 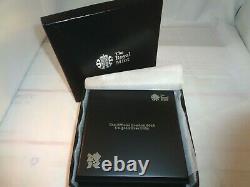 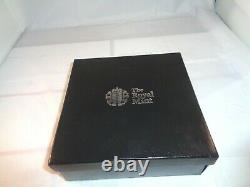 Coin shows some Natural Toning on the reverse. Outside of box shows some wear. This London 2012 proof coin celebrates the Olympic and Paralympic Games with a unique design, but it also has the distinction of being the UKs first ever five-ounce legal tender coin, composed of.

Depicted on the proof coin's reverse is a flying Pegasus, the winged horse made famous in Greek mythology, which represents the Olympic ideals of Faster, Higher, Stronger. Pegasus links back to the ancient history of the Olympic Games that started in Greece at around 776 BC. The first five-ounce UK legal tender coin shows the Ian Rank-Broadley effigy of Queen Elizabeth II on the obverse. The portrait is surrounded by the inscriptions of "ELIZABETH II, " "D G REG FD" and the face value of TEN POUNDS. The initials of IRB are found below the portrait indicative of the artist.