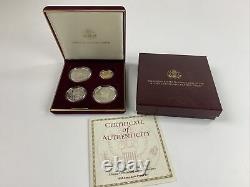 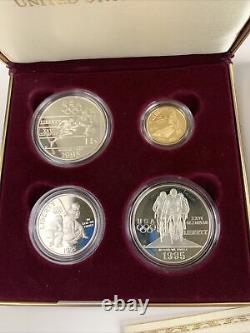 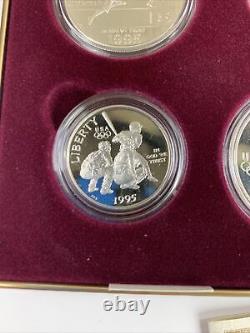 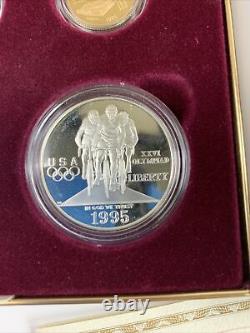 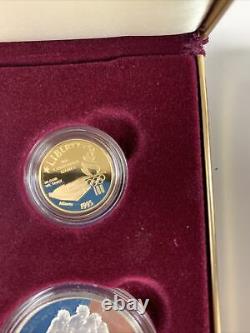 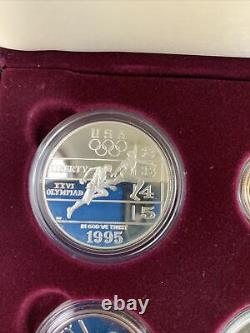 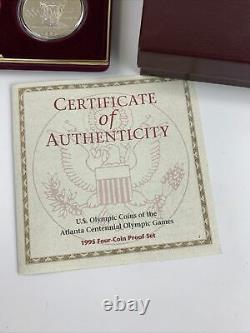 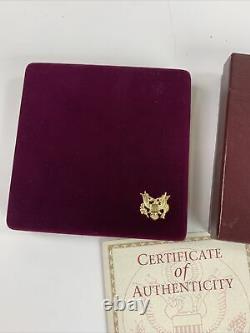 This proof set contains the Baseball half dollar, Cycling and Track & Field dollars, and Stadium five dollar Gold coin complete with original box and certificate of authenticity. 2419 oz of Gold and 1.54 oz of Silver.

Set comes in the original box but does not include a certificate of authenticity. Gold: Obverse: Depicts a stadium with the Olympic torch. Reverse: Shows an American bald eagle.

Reverse: Depicts two hands clasped beneath the Olympic torch. This is intended to represent the brotherhood and team spirit of the Olympic Games. Clad Half-Dollar: Obverse: Features a baseball scene with a batter at the plate.